There are regimes that are afraid of artists but artists are not afraid of regimes.

18 International Artists took part in the ‘Passion for Freedom’ competition. The group show presents artists shortlisted in the First Stage of the competition.

The winners of EQ Award which stands for Equality were announced at the 20 November private viewing at UNIT24 Gallery located next to TATE Modern.

The Gallery was packed with guests.

During the ‘Little Bride’ preview screening some of the viewers had to stand outside and watch it through the gallery’s high ceiling windows.

The show is of the highest standard.

One of the judges, Terry Sanderson, praised the high quality of the works presented.

There was press present not only from the UK but from all over Europe.

Basia Leszczynska, one of the shortlisted artists says: ‘The theme posed a huge challenge for me. Sharia courts in Britain, how to approach it? I kept asking myself? I did not want to present it explicitly.
Painting is a different medium to film making, reportage. At the same time the message has to be clear, it has to shake people’s minds. It has to stay with them for longer and make them think. Using the shock tactic does not always work in art, especially when we are talking about abuse of justice and brutal treatment of another human being. I wanted to avoid drastic images as there are too many of them around us.’ 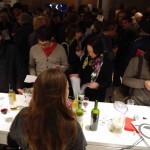 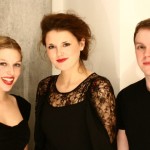 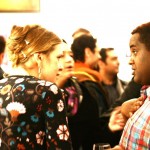 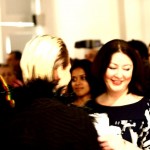 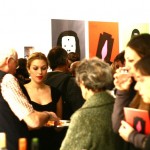 The time and effort put into organising the event was well worth it given the reception the exhxibition received.

The gallery was buzzing with conversations and excitement. The problems and issues avoided by many were openly discussed. We succeeded in bringing the subject into the open.

‘There are regimes that are afraid of art, but artists are not afraid of regimes’, with these words Agnieszka Kolek, the artist and curator, opened an envelope with the EQ Award winners.