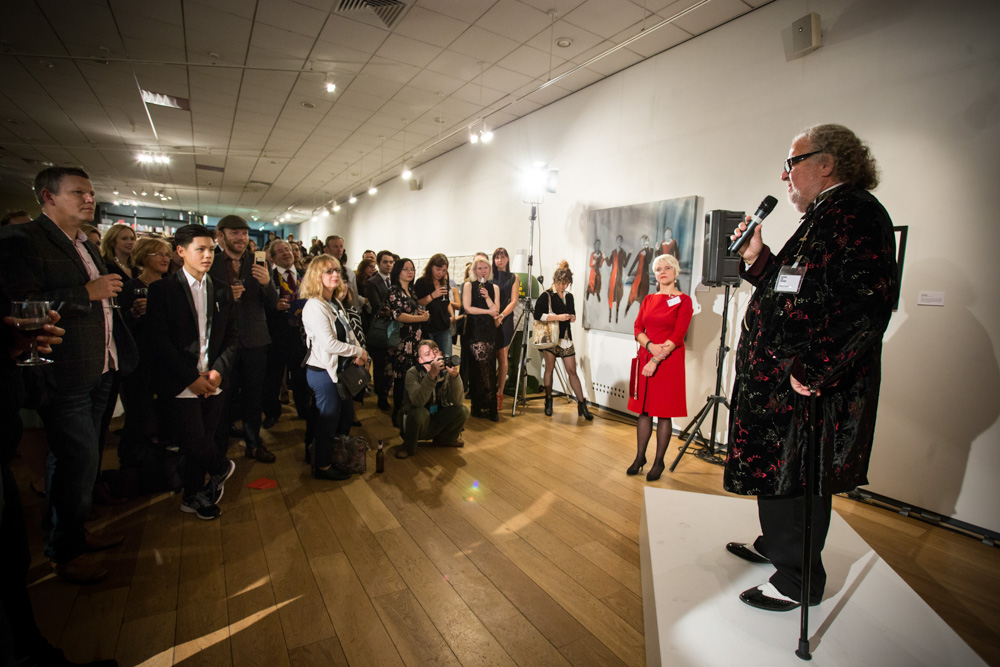 7th Passion for Freedom Gala Night was a tremendous success, with hundreds queuing outside Mall Galleries on a red carpet waiting impatiently to get in, the show could not go any better.

The Gallery was saturated with awaiting and exasperation of visitors commenting the artwork, chatting away, discussing limits of freedom in art, yet waiting impatiently to learn who would become the Freedom Ambassador of 2015. That evening they were soon to learn that 2015 PFF 1st Award and People’s Choice Award was granted to Emma Elliot for The Spin-Head and The Sacred and Profane respectively. You can learn more on the awarded 2015 PFF artworks from our blog post.

Are there limits to freedom in the UK?

Tragic events, which took place in France and Denmark at the beginning of 2015, showed there are clearly more reasons than ever to highlight the importance of freedom of speech. The year 2015, in which 17 journalists and bloggers were killed, many more were sent to jail and the world heritage in Palmyra and Nineveh have been destroyed, became a litmus paper for freedom of expression in the Western world. Very soon the PFF organiser were to learn that their freedom in choosing and showing art would become seriously limited.

The controversy and blatant censorship imposed on one of the artworks and reluctance of the organisers to succumb to the outrageous conditions imposed by the gallery on them, proved that there are actually limits to the freedom in arts in the UK.

Nevertheless, it is worth to remind what Douglas Murray, Spectator’s associate editor, says: “Freedom has always been defended by small number of people (…) PFF walks the walk and shows that the only way we can go forward is not to limit ourselves, not to stop ourselves speaking, not to stop ourselves doing and creating the art and literature and all the things that matter in life. And PFF id doing it and it is wonderful to see it”.

However, probably the biggest success and compliment to the PFF organisers were comments coming from all corners of the gallery; spectators kept saying that it was the first time for many of them when they saw an art which actually made them think. It was something they would not expect, at least not in such a conservative place as Mall Gallery itself!