Artist Jamie McCartney: How The Great Wall of Vagina is a stand against ‘body fascism’ 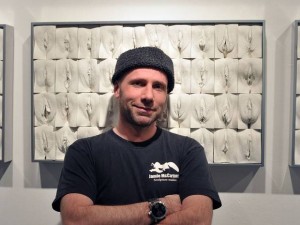 Daisy Wyatt
Sunday 02 August 2015
British artist Jamie McCartney makes it his business to put women’s minds at rest
about the shape and size of their vaginas.
From twins to post-natal mothers and those who have undergone labiaplasty,
more than 400 women have volunteered to have their bits cast in plaster of Paris
for his 2008 artwork “The Great Wall of Vagina”.
But while the thought of a male artist casting women’s intimate body parts
may not sound appealing, McCartney says he has been inundated with requests from volunteers.

“Scarcely a week goes by when someone doesn’t ask to get involved,” he says.
“They’re all volunteers. It was really important that nobody got paid to model for me.
That might be really unfair but a man who pays 400 women to get their vagina out
is not nearly as interesting as 400 women endorsing the project and believing in
it enough to do it.”

McCartney says he was inspired to pursue the project due to the rise of vaginal
cosmetic procedures and what he calls “body fascism” dictating the way women
should look. “The vagina became this whole new place to shame women around,
because there’s money to be made in shaming people. I do believe that cosmetic
surgery is a fairly unnecessary procedure, it’s a psychological problem.
There’s a whole industry base set up to persuade women they’re defective
and to give them an answer.”

Women have supported his intentions from the start, and he “gets letters virtually every day”
saying the artwork has “changed their lives in terms of their body and genital anxiety”.
Love and sex news: in pictures 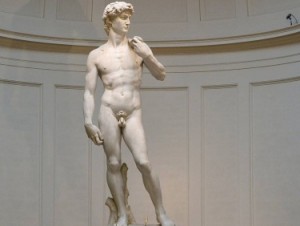 Response to “The Great Wall of Vagina” has been so positive that McCartney
is now working on two more casting projects, including a piece called “Mondcivitano”,
“world citizen” in Esperanto, in which he aims to cast a woman’s vagina from every country in the world.

He also plans to do a similar US-focused piece with a woman from each state,
after hearing from a number of American women who wanted to take part but were
“disappointed” to hear a volunteer had already been cast.
“People have been so determined to be cast that they have come here
especially to make sure they were the first from their country.
It’s first come first served. They have literally based their travel plans around being part
of the sculpture.”

McCartney is hoping to get an even bigger anatomical range of vaginas
for “Mondcivitano”, and is currently looking for a volunteer who has undergone FGM,
although he admits this has been difficult to find so far. “I’m interested in casting more
unusual women – I think one way of showing what is normal is to show extremes.
Every generation is going to go through the same anxieties,
every girl is going to think ‘oh my god, what’s wrong with me’,” he says.

“The Great Wall of Vagina” has been exhibited around the world as well
as being used as an educational resource in sex text books. But while McCartney admits
he “didn’t go to art school to cast people’s private parts”, it has become
what he is best known for. His artistic venture into people’s private parts began
when he was asked by the now closed Academy of Sex and Relationships museum
in London’s Trocadero in 2007 to cast 17 men’s penises, including his own,
which he describes as a liberating experience.

“Having only had pornography as a reference before, the result was
like getting a weight off my shoulders. Who knew that casting could
be such a good medium for changing feelings of body dysmorphia?”

McCartney is among a number of contemporary artists using the vagina
as inspiration, but their pieces have not always been met with the same
reception as “The Great Wall”. An Anish Kapoor sculpture based on
female genitalia was vandalised in the gardens of Versailles in June,
while Japanese artist Megumi Igarashi went on trial in April
on obscenity charges for a kayak modelled on her own vagina.
“I see a lot more vagina artwork out there these days, and I do think
my artwork has been influential,” he says, adding that Igarashi has
his “full support”.

McCartney hopes “The Great Wall” will now get the recognition he feels it deserves
in a permanent collection in a contemporary art gallery. “I hope movers and shakers
in galleries realise how important this is and what difference it makes in people’s lives.
I don’t care about paintings done 400 years ago, they don’t relate to our
lives today.” He would most like to see the piece bought by the Tate Modern,
but says he has no plans on asking Nicholas Serota to be cast.