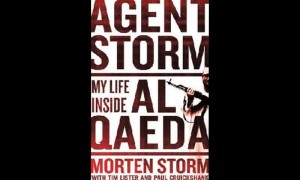 Agent Storm: My Life Inside al-Qaeda by Morten Storm, Paul Cruickshank and Tim Lister.
James Bond would be green with envy. A young Dane with a long criminal record discovers Allah, becomes a radical Salafi, makes many contacts with influential clerics and aspiring terrorist in Yemen, the UK and Denmark. Those contacts prove later very useful when he loses his faith and starts working as a double agent for several Western intelligence agencies. Agent Storm then goes public and generously shares his well-documented experiences of being both an insider to radical Islamist circles and a spy.