The Arrest of Ai Weiwei by Barnaby Martin 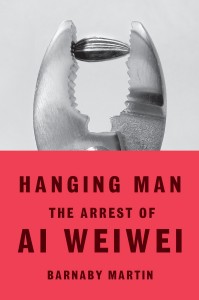 The Arrest of Ai Weiwei by Barnaby Martin.
Ai Weiwei was in prison for two months. Many of the 55 other intellectuals arrested in the same purge, most of them friends or supporters of the imprisoned Nobel laureate Liu Xiaobo, have still to be released. Ai Weiwei’s circle is a Who’s Who? of creative contemporary Chinese thought. The interviews took place in defiance of an official ban, and Ai Weiwei tells the story of his interrogation by bored interlocutors – a dark and absurd piece of theatre in which the jailers seem as confused by their situation as their prisoner.