A non-government, voluntary organization, Passion for Freedom’s message is simple: Freedom of women, freedom of speech; protecting it where it exists, promoting it where it doesn’t. Mongoos spoke to festival director Marianna Fox and organizer Camilla Forest about the event, philosophy and their own passions for freedom. 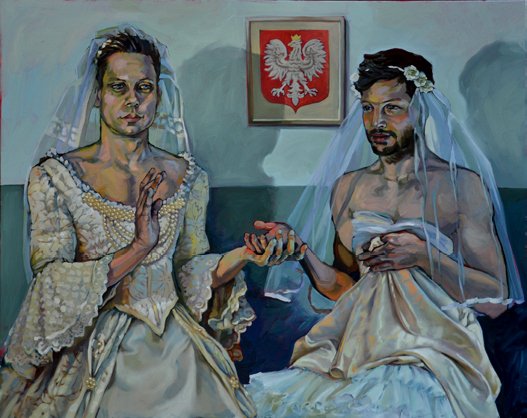 The Passion for Freedom Festival gives artists from all over the world the rare opportunity to enjoy freedom through artistic expression. In November this year, the fifth edition of Passion for Freedom Festival was to take place at London’s UNIT24 gallery at the beginning of November. A few days before the opening of the festival, the original venue pulled out without explanation, but thanks to the hard work and support of organisers and sympathizers the show still opened on time at the Embassy Tea Gallery in Southwark. As well as being an aesthetic pleasure, the festival served as a reminder of how fragile freedom of expression can be in different cultural, political and religious settings.

MM: Could you start with a brief introduction about yourself and involvement with PFF?

Camilla Forest: PFF is a group of friends from all over the world. It is an international team from Hungary, Iran, Germany, Poland, Russia, Czech and also from France and Denmark. We are from different countries and we have different professions. In our team you can meet great artists, IT managers, business managers, architects, journalists, film producers, and more.

Marianna Fox: I am Marianna Fox and I have the honour to be the director of this festival. Inspired by the idea of promoting and strengthening the freedom of expression, I joined the project three years ago. Since then, it has been fascinating and very exciting journey with many Freedom Artists around the globe. 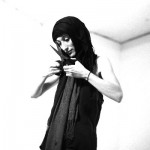 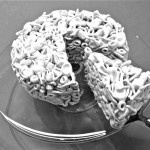 MM: Passion for Freedom Festival is now in its fifth edition. Can you tell me about its inception, message and the way it has evolved?

CF: We started in London in a very small group of 5 people. We were enthusiastic, and felt that there was lack of meaningful art around. Not only nice pictures, but something that could support freedom and explain more about it than a 7 day long debate with politicians could. Artists give you shocking images, quick, intuitive answers, inspiration and power. There is no better way to stand up for freedom.

MF: We had the pleasure to show 250 artists from all over the word so far. From Canada, USA, Australia, Nepal, China, Korea, Iran, Afghanistan and a lot of from UK, Poland and the Netherlands. We created a platform for artists from every continent: Africa, Asia, America, Australia. From my research I can say that only in Greenland there is no problem with freedom. We haven’t had any applications from this island yet.

MM: This year, UNIT24, the original venue pulled out at the last moment. Could you tell me about what happened? What were the challenges of reorganising the event on such short notice and how did it go?

MF: It is not very clear why the venue pulled out. The festival was organised for 4 years in the same gallery with the same gallery director, and it always had the same aim and objective: to gather like-minded people and create a network of actively engaged artists who hold high the value of individual’s freedom. Just few days before the grand opening we received huge amount of strange requests from UNIT24 regarding payment upfront, toilets, documents and personal data. We accommodated all unreasonable requests and then the gallery director mentioned their fears of being killed and terrorised by enemies of the festival. We still don’t know who was behind those threats and our lawyers are investigating the case.

It is interesting that only few days before the festival the gallery breached the contract. We published the news on website immediately and it was amazing to see the small revolution that followed. During 24 hours we received hundreds of emails from artists, curators, activists and people who had seen the festival in the past. Because of enormous support we found the new space just half a mile from the Tate Modern. In just one day!

CF: We had many artists calling from abroad asking if they should come, whether to cancel the ticket or not, but one comment from Michael Massaro cleared all doubts: “To all those wondering if you should go. From a Past participant: definitely go. If they say the festival will happen, it will happen. Believe in them. The Passion for Freedom crew pulls off miracles! It will be a great experience.”

The director of Embassy Tea Gallery is delighted to host us in the new space next to the River Thames. We received already many offers of and we will definitely continue to work on the international stage. 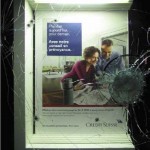 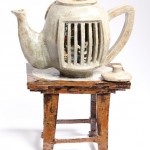 MM: PFF is the only festival of its kind in the UK. What do you think is happening to artistic freedom of expression in today’s UK?

MF : This is quite a unique festival in the world. There is no other like it. We have many talented, rebellious artists in the UK, and they still have problems exhibiting their works. Either it is too radical, too provocative or politically incorrect. It might be considered as too offensive as well, and then in order to survive, artists’ self-censorship eventually means the end of free expression.

CF: In London you do not have to travel so far to see the other side of the globe. In this mutli-cultural city, British artists have very interesting experiences.

MM: The artworks exhibited were very diverse and truly inspiring. How was the artist’s selection process?

MF: It was not easy. There were hundreds of submissions, a big variety of artists, and different interpretations of three key questions asked by curators Katka Kowalska and Barbara Victoria: What is freedom? How easy is it to lose it? How difficult is it to get it back? This year the youngest artist was 16 years old, and the oldest 76 years old.

MM: Which artwork(s) made the greatest impression on you this year?

CF: The Perfect Stone by Victoria Burgher. You could feel how heavy is the stone and how can it be used to punish the women.

MF: Worth mentioning are also works of Firoozeh Bazrafkan – a guest artist of the festival, born in Iran and based in Denmark, sentenced to 5 days in prison earlier this year for expressing her opinion about Muslim men. During the Private View she did a performance called Scarf by scarf . Covered by Muslim veils, she cut her way to freedom with a pair of scissors. It was a thrilling experience to see the audience holding their breath when she cut the last layer blocking her hair and stood relieved in front of us, as a free Western woman. 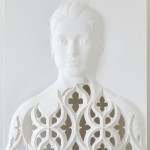 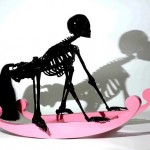 MM: In their artwork PFF artists make subtle and sometime obvious comments about religion, identity, feminism, masculinity and freedom. What would you say was the general theme of the exhibition this year, the ‘elephant in the room’?

MF: Freedom of Women and Equal Rights are always important. If we suppress 50% of our society we lose 50% our potential and wisdom.

MM: What place do you think radical politics has in art?

CF: Artists could be more powerful than politicians. The art can speak directly to our heart, politicians cannot.

MM: The winner of this year’s contest, Victoria Burgher, presented the very powerful artwork The Perfect Stone. Can you tell me about this artwork?

MF: People entering the gallery were given a piece of rock, without explanation what to do with it. Once they reach the end of the exhibition they found a box to deposit it. The instruction above the box was from the Iranian Penal Code: “The size of the stone used in stoning shall not be too large to kill the convict by one or two throws and at the same time shall not be too small to be called a stone”.

MM: The festival has just come to a close, how do you feel and what can we wish you for the next edition?

CF: We feel extremely happy that the Festival took place despite many threats and difficulties. We will never give up and we will be standing for our values as before. We wish to have a bigger cinema room, spacious gallery and generous sponsor for the next year. Since the whole PFF Team works on a voluntary basis, we rely on donations and free time of many good friends. Everyone is welcome to join us! Visit our website and support us.

As put best by Ai Wei Wei: “Freedom is like air, you don’t see it, you don’t appreciate it until you start to lose it.”