Passion for Freedom Group presents international artists who exercise their freedom of speech and artistic expression to discuss how religious and ideological systems create totalitarian states with us until now as silent bystanders.

International artists responded through painting, drawing, sculpture, film and installation. Their works vary in approaches to the subject. What bring them together are the awareness and the courage to act. They know as Ervin Straub famously said “Mass violence evolves progressively, always with small steps like excluding people, creating offices that serve discrimination.” The artists do not become silent bystanders who think: this is a small thing; it’s not big enough to worry about it.

The show’s highlights are: Magdalena Czubak-Vlasak’s painting ‘No Title (And Not Needed Ones Are Needed)’ which at first seems to awaken a warm feeling related to the traditional folk cut-out figures that inhibit the entire surface of her work. Looking closer we realise that two of these figures have been singled out. One in yellow is crossed out and the other one in red leaves us with uncomfortable feeling of uncertainty for her fate. 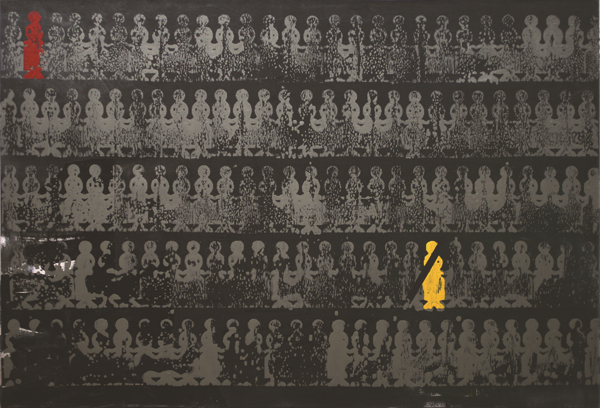 Axelle Russo’s mixed media sculpture ‘The Sleepwalker’ questions the way cultural contexts, tradition and religious beliefs shape identity of an individual. The life-size figure dressed in hand made burqua appears to be in transit. The text stitched on the pillow attached by a hemp/canopy string calls us to come closer. Reading them we start projecting images from our memories. The seemingly dreamy figure embodies the nightmare of a state run religious oppression.

‘We do not have homosexuals like in your country. We do not have that in our country. In Iran this phenomenon does not exist.’ Steve Rosenthal’s photographic collage leaves no room for personal interpretation. Looking at the public execution of two teenage Iranian boys Mahmoud Asgari and Ayaz Marhoni we are faced with the horrors of living in the country that abides Sharia law. On closer inspection of the work we find that the image itself is meticulously constructed from thousands of smaller images. The artist harnesses a collision of attitudes towards homosexual mores, personal freedom and societal control.

This year we are honouring the work of Jafar Panahi, the Iranian director sentenced to 6 years in prison and 20 year ban on filmmaking for “spreading propaganda against the state”. His cinema is often described as Iranian neo-realism. Regardless of how one chooses to categorize his powerful work, the unprecedented humanitarianism of Panahi’s films cannot be denied. Panahi’s cinema is urban, contemporary and rich with the details of human existence. Panahi’s THE CIRCLE, the unsettling drama about the social dilemma of several modern Iranian women won the Golden Lion at the 2000 Venice Film Festival.

Despite his situation Panahi managed to defy the regime by making a first-person chronicle of his life within the confines of his house arrest as he awaits news from his lawyer. “This is Not a Film” was screened for the first time during Cannes Festival after being smuggled out of Iran on a memory card. 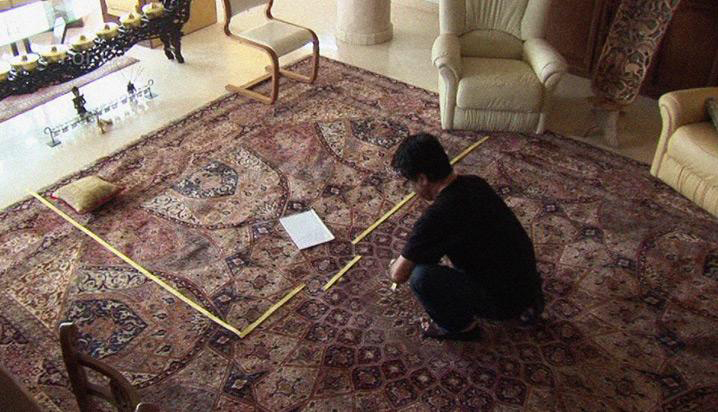 Passion for Freedom Group is a group of professionals who work on a voluntary basis to secure and strengthen freedom of speech and artistic expression in a secular and democratic society that treats its citizens in an equal manner. The Group invites artists to create works that encourage open discussion on subjects that may be skillfully omitted in politically correct circles.